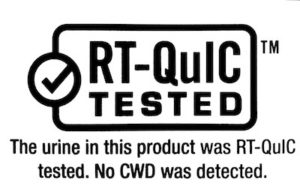 There is NO RISK of wild deer contracting CWD through retail deer urine.

States who have banned the use of deer urine are simply ignoring the scientific evidence which proves that commercial deer urine does not spread CWD.  These states are banning deer urine simply out of a panic based mentality, not by using actual science to make informed decisions regarding urine bans.

CWD Evolution is a company who has begun testing deer urine for any traces of chronic wasting disease, using the RT-QuIC test. Wyoming County Whitetail is one of the first of the deer urine farms to submit our urine products to have this test done.  Our doe in heat, doe, and buck urine has been tested and certified that no CWD has been found. This test is being done by Dr. Davin Henderson, who owns CWD Evolution and he has been working on this test since 2014. Dr. Henderson has provided detailed information on the RT-QuIC test and the facts on CWD in relation to deer. The RT-QuIC test has been used for years at the University of Colorado to study CWD in deer. Dr. Henderson has offered this test to deer urine companies and farms for the purpose of proving that retail deer urine DOES NOT contain and DOES NOT spread CWD, contrary to what many states and state conservation departments have been deceptively claiming. Dr. Henderson has stated that there is NO RISK of deer contracting CWD through retail deer urine. It is unfortunate that a number of state governments, ignoring the scientific evidence, have chosen to ban the use of natural deer urine in their states.

RT-QulC Testing Objective:  To provide a test for deer urine manufactures that will certify that there are no detectible levels of CWD found in sourced natural deer urine. Testing will give regulatory agencies confidence that natural deer urine used in retail products does not contain CWD AT ANY LEVEL that would pose a risk to deer populations in their state.

The facts are that even in a scientific lab where the goal is to try to infect a deer with CWD, disease transmission only sometime occurs. Scientists have injected (highly concentrated) 10 ml (about 1/3 oz) of urine from a clinically positive deer directly into the brains of healthy deer. Even by going to this extreme measure, which would obviously not ever happen in nature they are only able to actually infect a small portion of the healthy deer. Other tests at UOC were done feeding high concentrations of only urine, only feces, and then urine and feces together from CWD positive deer and even then none of the healthy deer contracted CWD.  Therefore, this proves that when our wildlife agencies say “It is possible for CWD to be transmitted through deer urine,” they are only giving partial truths with an agenda to sway the public into believing transmission is possible and trying to manipulate hunters into not using natural deer urine products. They neglect to mention that sure, transmission is possible if you inject the urine directly into a deer’s brain!  The State of NY is especially guilty of this practice of half-truths and misinformation.

State agencies are constantly stating “any amount of CWD is unsafe.”  NOT TRUE!  Dr. Henderson’s study has proven that a deer would need to literally DRINK (not lick it off the ground) a minimum of 16 oz of infected urine from a very sick deer to even have an extremely remote possibility of contracting CWD. This is not something which would ever happen. Dr. Henderson’s research proves that commercial deer urine is safe for deer populations and hunters do not risk spreading the disease by using it for hunting. 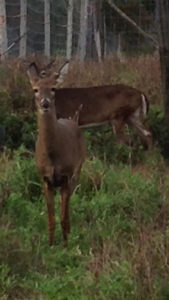 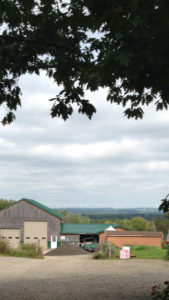 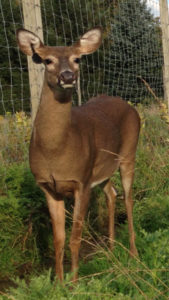 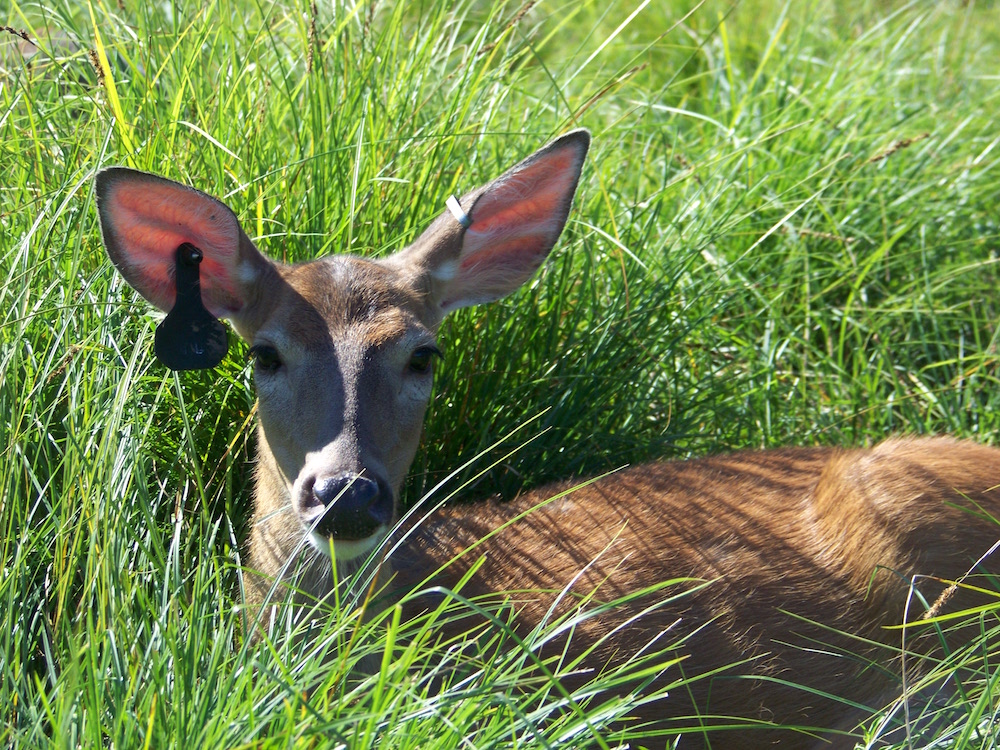 Our herd is certified chronic wasting disease free through the NY State Department of Agriculture and Markets and we are also a member of the Responsible Hunting Scent Association Deer Protection Program.
Wyoming County Whitetail offers quality deer scents for a great price 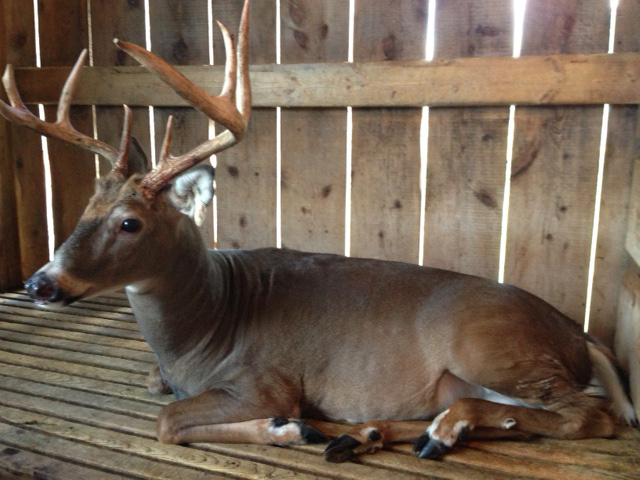 Free standard UPS shipping included on all orders of $25.00 or more.

Stop by our farm to pick up fresh deer scents where we offer prices discounted 25-40% compared to our on line prices. 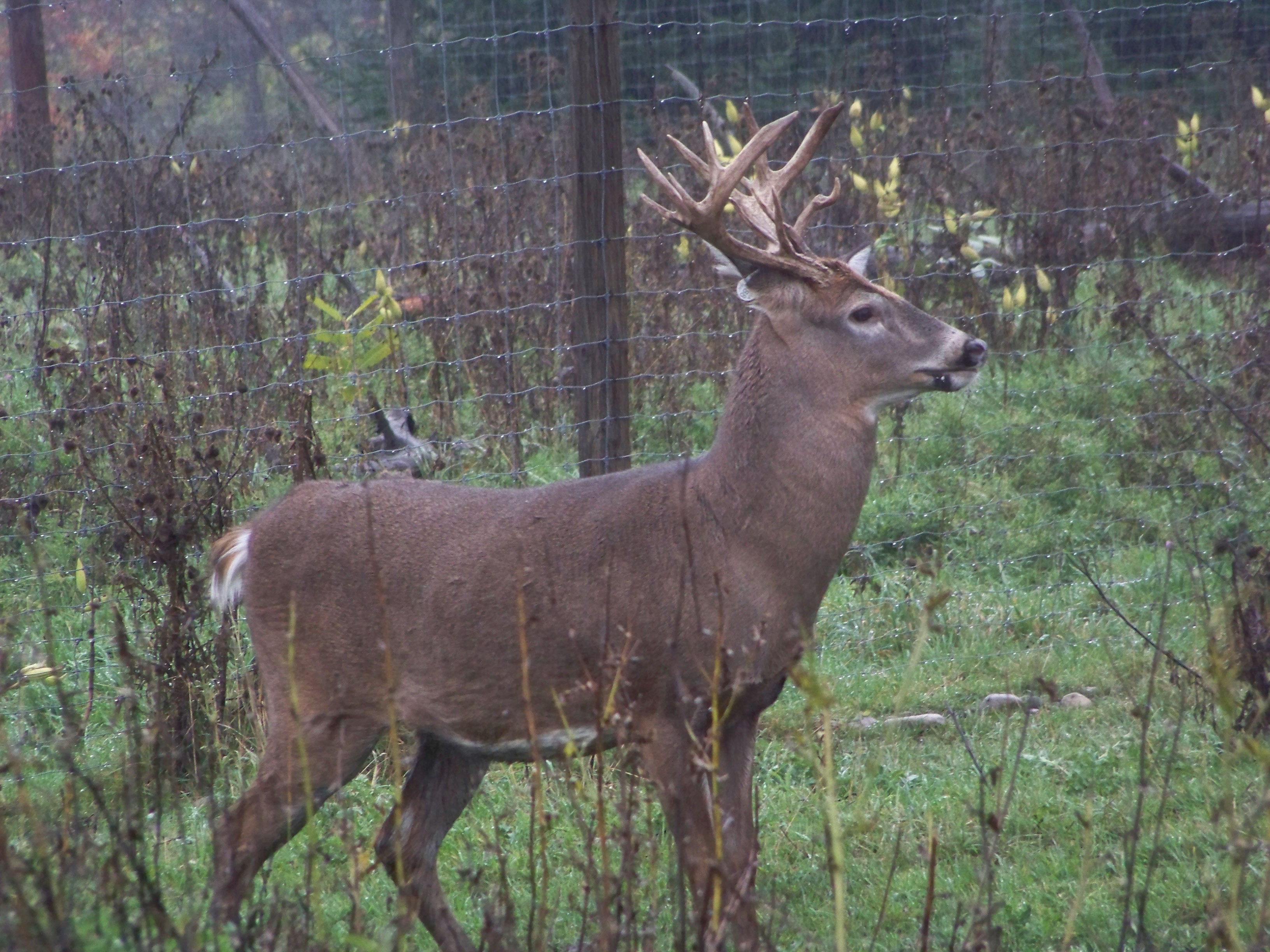 Copyright 2022 Wyoming County Whitetail
585-457-4047
No text or images may be used from this site without written permission.